Bayern Munich's aura of Bundesliga invincibility has slipped since returning from the Club World Cup. Hansi Flick's "exhausted" team travel to Rome, where Robert Lewandowski will meet the man who tried to replace him. 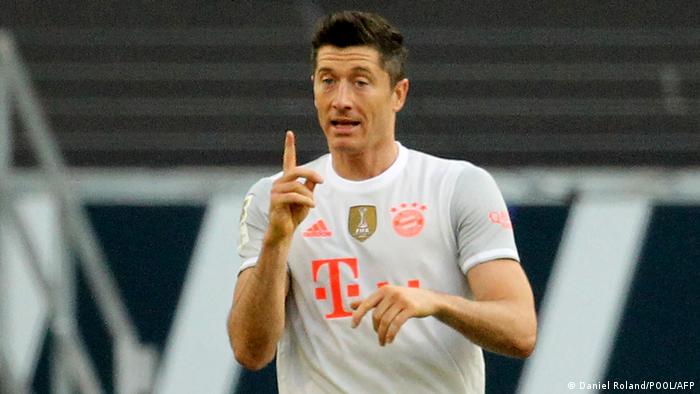 Lazio may have won seven of their last eight Serie A games and convincingly topped their Champions League group ahead of Borussia Dortmund, but, for coach Simone Inzaghi, Bayern Munich remain "the side we really did not want to meet" in the last 16.

Given Bayern's status as the trophy holders, and their Italian opponents' lack of experience and pedigree in the competition, Inzaghi's comments may not seem so surprising. But the German champions are currently some way short of the side that tore to victory in last year's hastily arranged knockout tournament in Lisbon.

A condensed season, a number of players contracting coronavirus and the extra demands of the Club World Cup in Qatar have taken their toll on Hansi Flick's side. Saturday's 2-1 loss to Eintracht Frankfurt followed a 3-3 draw with lowly Arminia Bielefeld in their two games since that successful trip to the Middle East. The Bavarians still lead the Bundesliga, but now by just two points.

As Coman also pointed out, Bayern are missing a number of key players through injury and positive coronavirus tests, but midfielder Leon Goretzka deems that unimportant: "You can always find explanations and excuses. But that is not our task. We will look to provide the answers on the pitch in the coming games," he said after the Frankfurt loss.

Those answers have, so often, come in the form of goals from Robert Lewandowski. The Polish striker's fitness levels are as exceptional as his finishing — and his 26 goals in 21 Bundesliga games this season make him the runaway leader in the race for the Golden Boot as Europe's leading goalscorer.

Should he go on to claim the prize, he'll replace Ciro Immobile, whose 36 domestic league goals edged out Lewandowski's 34 last term. It would be a role reversal for the strikers, given that Immobile replaced Lewandowski when he moved from Borussia Dortmund to Bayern Munich on a free transfer in 2014. The Italian struggled as Dortmund nose-dived in Jürgen Klopp's final campaign in charge, scoring just three Bundesliga goals. But, after a couple of loan moves, he's bagged 117 Serie A goals in 162 games for Lazio. Bayern keeper Manuel Neuer knows the 31-year-old is a threat.

"I think we go in as favorites but they have to be taken seriously with their class forwards," Neuer said. "We know how dangerous Ciro Immobile is. I think Robert Lewandowski is looking forward to that clash a bit."

Amid the emergence of Erling Haaland and the form of Frankfurt's Andre Silva, Lewandowski has climbed to greater heights domestically and Bayern will hope to see a similar pattern emerge as they look to defend their European crown. Immobile thinks that's likely. 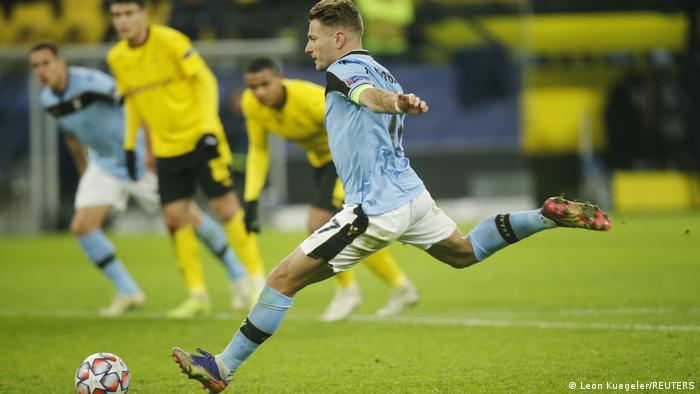 Ciro Immobile scored against his old club, Borussia Dortmund, in the group stage

"He is never satisfied," the Italian told UEFA.com. "Every year he tries to improve and go beyond his limits, even if they are already exceptional. He is a complete striker. I think he is currently the best No. 9 in the world, so we have to be very careful."

"It was crazy to beat him in the race for the Golden Boot. To challenge great players like him and [Cristiano] Ronaldo brought me great happiness."

While both sides rely heavily on their strikers, Lazio's win over Sampdoria on Saturday came courtesy of midfielder Luis Alberto, who has weighed in with seven league goals, while Joaquin Correa and Felipe Caicedo also pose a significant threat.

For their part, Bayern has been missing the goals of Thomas Müller (due to coronavirus) and Serge Gnabry (hamstring), both of whom are likely to miss out on Tuesday. But as long as Lewandowski and Immobile are fit, both sides can be confident of finding the back of the net.

All Lewandowski goals this season

All Lewandowski goals this season

The FIFA Club World Cup reaches its climax on Thursday, with Bayern Munich taking on Mexican side Tigres in Qatar. But Bayern have been reticent in responding to questions about Qatar's serious human rights abuses.