Agriculture ministers from the EU member states have reached an agreement on reforming the Common Agricultural Policy. The deal, several years in the making, will place a bigger focus on environmental protection. 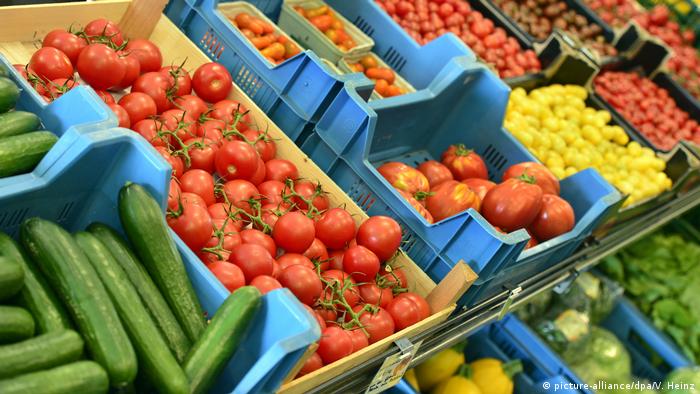 EU member states announced Wednesday morning in Luxembourg that they had come to an agreement over reforms to the Common Agricultural Policy (CAP).

The CAP allocates billions of euros and as such constitutes the biggest share of the EU's budget, roughly a third of the EU's €1.1-trillion ($1.3-trillion) budget for 2021-2027. Many farmers depend on money from Brussels in order to stay in business.

A long time in the works

"After a long and hard struggle, we've reached a milestone," Klöckner said in a live press conference following the finalization of the agreement.

She welcomed the new agreement on environmental protections while also ensuring that people in the EU would still be able to "put food on the table."

Klöckner celebrated the deal with an announcement on Twitter, saying "we made it. A milestone for a reorientation of EU agriculture, with green architecture at its core. For Germany, this means €1 billion of our budget will be used for ecological rules/biomeasures, while at the same time maintaining a balance with income and food security."

European Commissioner for Agriculture Janusz Wojciechowski also announced the agreement on Twitter and thanked the "German Presidency for its efforts to take forward the work of the former Presidencies and for tabling compromise proposals."

Under the new proposal, member states will have a greater level of freedom over how they achieve the agreed-upon goals regarding the conservation of nature, environmental protection and ensuring food quality.

States will have to send their policy plans to be approved by the European Commission. States must also offer further "eco-schemes" which go beyond the obligatory environmental protections — any farmer who follows these voluntary rules will be given extra funds.

The new reform would come into effect in 2023 and include a two-year "learning period." But first, EU countries will have to come to an agreement with the European Parliament and the European Commission on the rules. Parliament is voting on the policy later this week.

By far Europe's most costly program, the Common Agricultural Policy (CAP) has evolved from a self-sustaining measure to a green initiative. Proponents say EU farmers would otherwise go bust, critics question its intent.