Japanese website criticized for singling out ′noisy children′ | Asia| An in-depth look at news from across the continent | DW | 22.02.2021

Congested cities, children who want to play outside, more people working from home — this is causing friction in Japanese neighborhoods. Now people are complaining about a website that reports "noisy children." 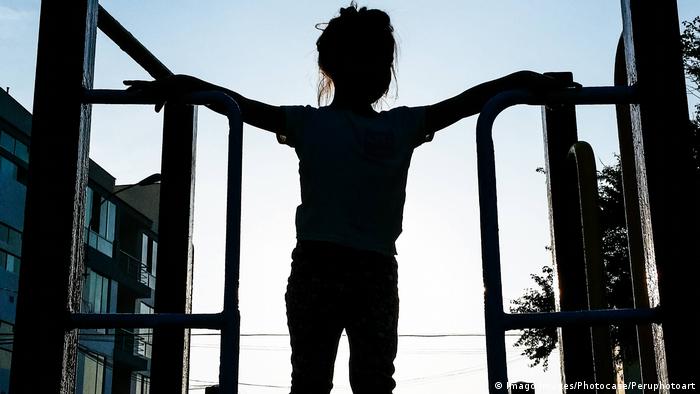 A Japanese website that permits people to report locations in major cities where children make noise when they play in the street has been heavily criticized by citizens.

But the operator of the site insists he is not "intolerant" and has nothing against children.

The site — known as Dorozoku Map, which translates as "road tribe map" — was started in 2016, and as of this month has identified nearly 6,000 sites across Japan where people have made a complaint against children, parents or their neighbors. By clicking on an icon on the map, a visitor to the site can see a comment about that location.

A typical entry, for a location in the city of Kawasaki, just south of the capital, Tokyo, reads: "Although it does not happen every day, the mother, son and the mother's younger sister sometimes play with a ball in the street while yelling."

In an entry for a suburb in northern Tokyo, an anonymous post reads: "Children draw in the road with chalk and it will not disappear unless it rains. There is a woman who laughs vulgarly. Please be careful if you use this road."

Japanese people are used to living in close proximity to their neighbors and are more considerate toward people living nearby than in other societies. But the sound of children playing appears to be angering an increasing number of people. That situation has arguably worsened over the last year, as children have not been able to go out as much as they used to because of the coronavirus pandemic, while more people have been instructed to work from home by their companies to avoid spreading the virus.

Yet the site has provoked anger among many people for allowing anonymous posters to complain about children and their neighbors.

"It's unbelievable," said Yae Oono, a mother and part-time worker from Kawasaki City. "My daughter is older now so she does not play in the street anymore, but she used to when she was younger," she told DW.

"We do not have a big park near our house, so there were times when we would go on the side street outside our house and throw a ball around or play badminton for a little while after school," she said. "All the other kids in the street and their parents used to do the same thing, and I do not remember anyone complaining about it then."

"I was a bit shocked to see this site," she said. "And I am also a little sad. I can understand that people do not want loud noises at night when they are trying to sleep, but it's not a serious problem during the day, is it?" 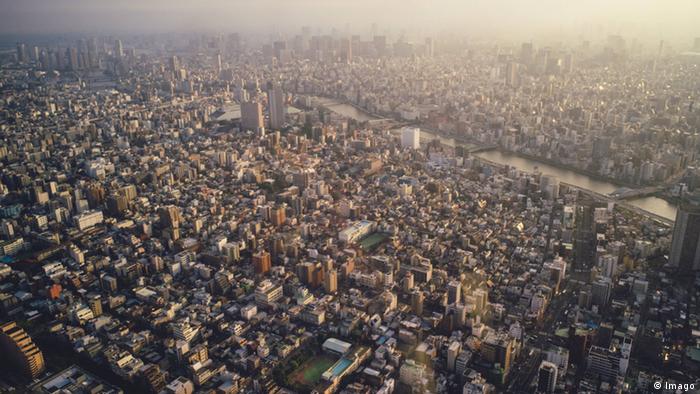 Tokyo has few spaces for children to play except the streets

Playing in the street

"I wonder if the people who are complaining have forgotten that they were children once and that they probably played in the street as well," Oono added.

Takako Tomura, a housewife from Yokohama, says she lives in an apartment and has no garden, so there are few places for her 7-year-old daughter to play.

"I do not understand what the problem is," she told DW. "I did the same when I was a child, and it's no different today; children only want to ride their scooters a little bit before dinner and bed. I don't think that is bothering other people very much."

"This is what people who grew up in the cities always did, so why are there so many complaints now?" she said. "It seems unkind for people to say these things on a website."

The administrator of the site, an online systems developer in his 40s who goes by the name Seaget, defended the Dorozoku Map.

"I have no complaints or problems with children playing outside," he claimed in an email reply to DW. "However, some parents let their children play in front of other people's houses for hours every day. This is a dangerous and annoying practice that can sometimes lead to road accidents."

"And in many cases, there are parks [where they can play] nearby, but for some reason, these parents don't want to take their children to the park."

Seaget said "noise and vibrations" caused by balls, "intense shouting," damage to houses and cars are "all things that some people have to put up with every day" and are reported on Dorozoku Map.

"Some people work in hospitals or on night shifts have serious problems sleeping because it is too noisy during the day," he said. "I have suffered from this myself. We have found that many people are deeply distressed, hurt and physically and mentally broken, with no one able to solve their problems."

That is the reason why he decided to create the map database, Seaget said, in order to "define this problem as a social issue."

There has been an increase in clashes between residents of Japan's crowded urban areas and sources of noise in recent years, with the Tokyo government intervening in a case in 2014 in which local residents were objecting to the building of a childcare center in the neighborhood out of concern that the children would make too much noise.

The city declared that the sound of children playing would no longer be considered a form of noise pollution.