Carl Krone tamed wild lions and taught elephants how to ride a bicycle. His name and legacy continue to define Europe's largest circus — which is finding innovative ways to survive a pandemic. 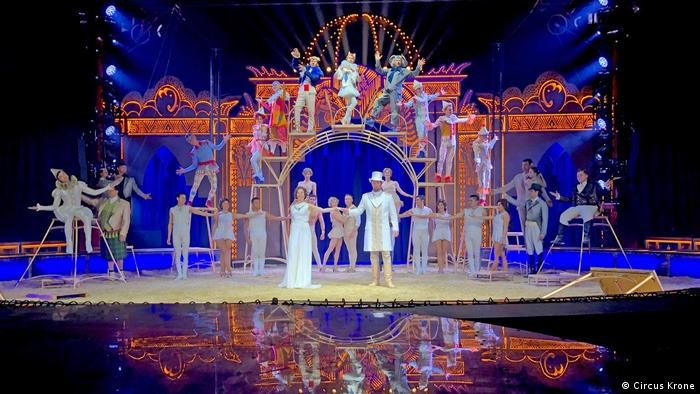 There is no doubt, according to Frank Keller, the man responsible for animal welfare at the world-famous Circus Krone, that founder Carl Krone always was a "great visionary."

Born on October 21, 1870, Carl was the youngest of four children in the family of carnival operators. From an early age, the children were part of the family business. Carl, however, was sent to school in Berlin where he lived with his aunt and uncle, only to return to the circus after his older brother Fritz died as a result of a bear attack.

All of a sudden, Carl was designated to take over the family business some day. Animal dressage became his passion. In 1893, he presented a huge sensation: Pasha the lion riding on a horse. The circus had already made a name for itself at the time with an elephant act, and to this day, the elephant features in the circus's logo. 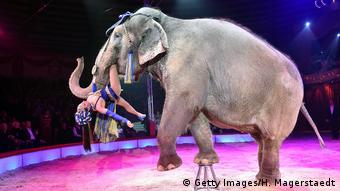 Family tradition: Jana Lacey-Krone performs with an elephant in Munich in 2017

Krone senior died in 1900, and 30-year-old Carl Krone took over the business. Two years later he married his childhood sweetheart Ida Ahlers, who also came from a family of carnival operators. The young man integrated the Ahler's "monkey show" into the Krone circus program, and his wife moved from working with monkeys to lions — her pyramid with 24 big cats was legendary.

Carl Krone renamed the family's Continental Menagerie traveling show to Circus Krone. With a 36-metre-high round top that could seat 3,000 visitors, the circus toured Europe. In the 1920s, the tent had three rings, two stages and 10,000 seats, the circus employed 1,000 people and kept about 800 animals. 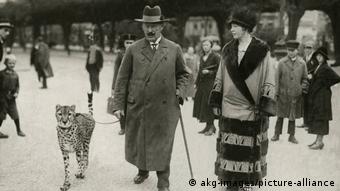 The founder shaped the circus to an extent still visible today — he introduced glamour to the ring. He wanted the audiences to enjoy sensational acts in luxurious surroundings, complete with heavy chandeliers under the big top, thick plush carpets and circus ushers and servers dressed in elegant livery.

The Krone tent was a magnificent palace where young and old were transported to far-off, luxurious worlds. To this day, nostalgia is part of the Circus Krone program. Just last year, the "Mandana" program enchanted the audience with nostalgic music, white Pierrot clowns, and more than a touch of magic as a fairytale unfolded — the story of the horse princess Mandana who falls in love with a lion man.

The fifth Krone generation still runs the circus today. It is the only European circus that has a permanent headquarters since 1919, which is in Munich. Today the family business is Europe's largest circus.

Before the pandemic it toured 30 cities for eight months a year. The Krone tent is the largest, most modern and most expensive circus big top, custom-made for more than €500,000 ($593,000), the circus said. The roof alone is made up of 30 parts and covers an area of around 3000 square meters. For the artists' children, Krone runs a small circus school in a converted truck. 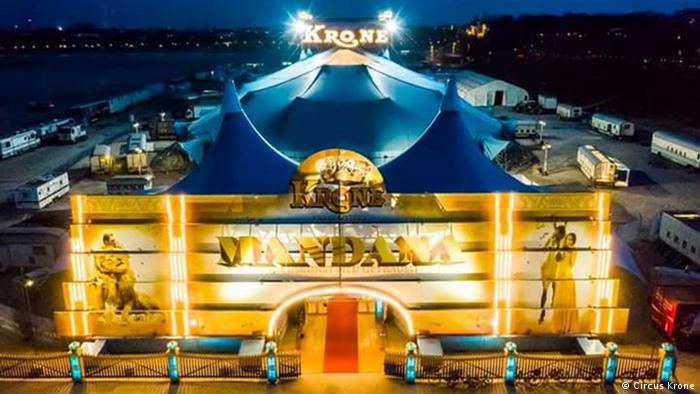 Celebrities and questions about animal welfare

Time and again, celebrities have shown up at the Krone shows. From 1963 to 2008, the Eurovision TV show "Stars in the ring" was broadcast from the Circus Krone big top. German politicians and famous football players posed with the circus animals, from baby lions to a rhinoceros.

The circus has often been accused of keeping its animal performers in poor conditions, in particular when using lions and elephants in the ring.

The latter, animal protection activists say, are chained for up to ten hours a day and trained with bull hooks. 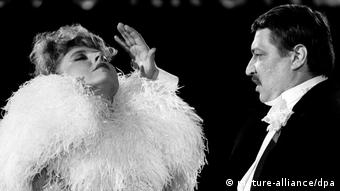 Guests at Circus Krone: In 1980 the actress Hanna Schygulla and the director Rainer Werner Fassbinder joined the circus

The circus rejects such criticism, saying they support animal welfare. "Our elephants are always in an open-air enclosure, they are only tied up at feeding time, and never in chains," Keller said.

But in 2020, the German government announced plans to ban wild animals from the circus.

All performances have been cancelled this season because of the pandemic, however the circus has a fun alternative program.

On Lake Starnberg, circus lovers can check out a farm for "retired" old animal performers. Or they can take their own car through the circus "Clown Car Wash" in Munich — laughs guaranteed. "We see it as our duty to offer the audience something to laugh about, especially at this time," said Keller. 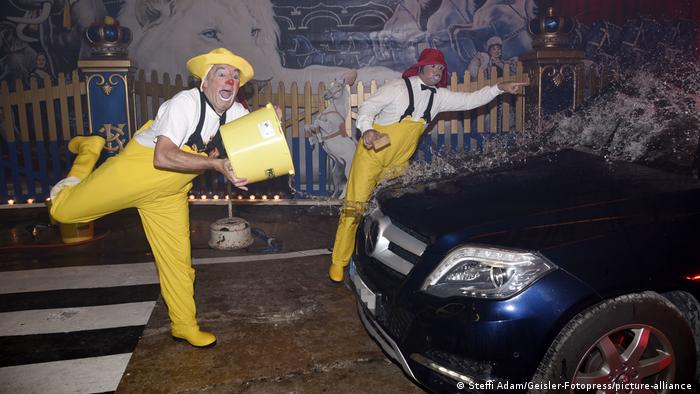 In the hope that performances will be allowed again after Christmas at their headquarters in the Bavarian capital, the circus has submitted a hygiene concept to the city. Of course distancing regulations would have to be observed with audiences of up to 1,000 people, Frank Keller said. "But that is no problem," he promised.

Car Krone, who died on June 4, 1943 during a guest performance in Salzburg, would likely have praised his circus's inventive efforts at surviving the pandemic. He was buried at Munich's Waldfriedhof cemetery in the family tomb, with a stone elephant lying on the ground watching over him.

A circus and its performing holograms

A circus and its performing holograms

This article was translated from the German original by Dagmar Breitenbach

Performance activities are picking up in Germany. Our reporter went to find out how it feels to sit in a philharmonic hall with standards slightly loosened.

'It lacks any logic': Star violinist Anne-Sophie Mutter speaks out on COVID-19 policy

The celebrated performer talks about a struggling classical music industry, and makes a plea to politicians to better support musicians during the ongoing pandemic.

The Lanxess Arena in Cologne has come up with an unusual concept so that people can attend mass events and remain safe. DW was there when Mo-Torres performed live for the first time in months.

Germany's Ufa film company has committed itself to better reflect the diversity of today's society in its productions. Is real change is sight?

Author Paul Celan was born 100 years ago. As one of the most influential postwar German-language poets, his works remain more relevant than ever.

If you want to take pictures with your smartphone and quickly share beautiful results, you need effective image editing tools. DW Digital tests the most popular apps. This week: "Aviary+ for iOS".