All three crew members survived the crash, Sudanese officials have said. Sudan also accused the Ethiopian military of allowing one of their aircraft to cross the tense border. 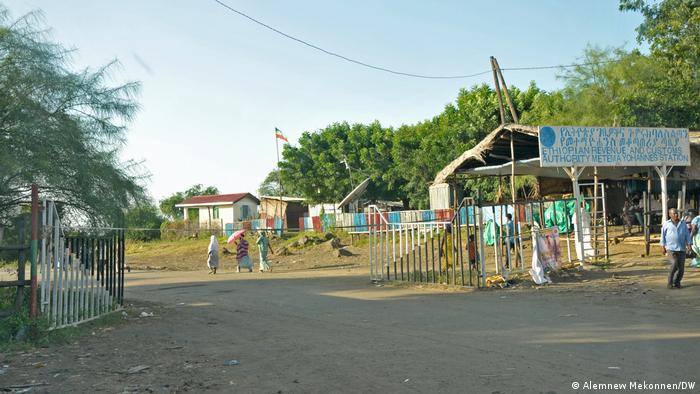 A Sudanese military helicopter crashed Wednesday shortly after taking off from an airport in an eastern province that borders Ethiopia, Sudanese officials said.

The Apache attack helicopter was filled with weapons and ammunition, and exploded after crashing at the Wad Zayed airport in al-Showak. All three crew members on board survived the incident, according to Sudanese officials. The cause was not immediately clear.

The crash came as General Abdel-Fattah Burhan was in al-Qadarif to inspect troops stationed near the Sudan-Ethiopia border.

Sudan's foreign ministry said an Ethiopian military aircraft crossed the border on the same day as the Sudanese helicopter crash.

The foreign ministry said the incident "could have dangerous consequences, and cause more tension in the border area."

An Ethiopian military spokesman told AFP he had no "tangible information" about Sudan's claim, but the situation at the border was "normal."

The ministry also condemned what it called an attack by Ethiopian "gangs" in al-Fasqa on Monday, five kilometers (three miles) from the border. The ministry said five women and a child were killed, and two women who were harvesting crops were now missing.

Ethiopia warned Sudan on Tuesday that it was running out of patience with Sudan's military build-up in the disputed border area. In response, Sudan's information minister and government spokesman Faisal Mohamed Saleh said Sudan did not want war, but they would respond to aggression.

Why is there tension at the Sudan-Ethiopia border?

There has been intense fighting between the Ethiopian forces and regional Tigray forces in the Tigray region since November 2020. Fighting has occasionally spilled into Sudan. In December, Sudan accused Ethiopian "forces and militias" of ambushing Sudanese troops at the border, killing four and wounding 20. Ethiopia responded by saying Sudan had "organized attacks…using heavy machine guns."

The violence in Ethiopia has forced more than 60,000 refugees into Sudan, primarily the al-Qadarif province.

Sudan and Ethiopia have also been involved in other high-profile disputes. The two countries are involved in talks surrounding the Grand Ethiopian Renaissance Dam on the Blue Nile River, with the negotiation recently hitting more snags. In the past two months, Sudan brought troops to border areas with Ethiopia and has said that it has reclaimed land in the al-Fashaqa region which had been controlled by Ethiopian militias and farmers.

US carries out last federal execution before Trump leaves 1h ago

Honduras: First migrant caravans of 2021 depart for US 5h ago