Everything's different in 2020. Festivals cancelled, halls empty. What's left? The imagination of music makers, and that, like music itself, is infinite.

Your ticket to the German classical music festival scene: Concert Hour has the picks of the season — two hours of music updated regularly.

Along with host Rick Fulker, the musicians themselves are on hand to give their insights into the events and the music.

Normally we pay a yearly visit to a quaint, historic power plant in the remote countryside for the festival called Tensions, in Heimbach. By last spring, it became apparent that the festival couldn't take place there this time: The space was a bit too cramped during the pandemic.

So the location changed, but not the spirit. Friends of the German pianist Lars Vogt were at the Church of Jesus Christ in Berlin in June to render music by Ludwig van Beethoven, Jörg Widmann, Johannes Brahms and the magnificent Quartet for the End of Time by Olivier Messiaen.

Mozart wrote a tune to the words In "Men Who Feel Love" for his opera The Magic Flute. It became a smash hit across Europe. Beethoven picked up on it and wrote his set of variations on the melody, which you'll hear this hour.

Clarinetist Sharon Kam didn't have to concern herself with aerosols and social distancing, as there are no fellow musicians when she plays the highly virtuosic Fantasy for Solo Clarinet composed by Jörg Widmann in 1993. Himself a clarinetist, Widmann writes, "This is my first real piece for my own instrument. In its hyped-up virtuosity and basic mood of cheerful irony, it's an imaginary little scene, like combined dialogues of various persons in close spaces."

Works in the classical repertory may seem clad in stone, but it wasn't always that way. Clara Schumann was Johannes Brahms's biggest fan, but she didn't pull her punches when less than enthralled with his second piano trio, writing in her diary that she'd had "no satifactory impression of the work as a whole."

Pianist Lars Vogt has a different view, as he explained to DW: "It's become one of my favorite chamber music works, particularly with Brahms, all of whose chamber music works are absolute masterpieces. It has an incredible psychological journey, beginning with the positivity and yearning in the first movement. The second movement, in archaic style and with an incredibly quiet cello, is to me is one of the most precious and wonderful moments of music that Brahms ever wrote. It's more like humming than singing. Then there's that ghostlike, creepy third movement. Altogether, it's a piece that's incredibly close to my heart." 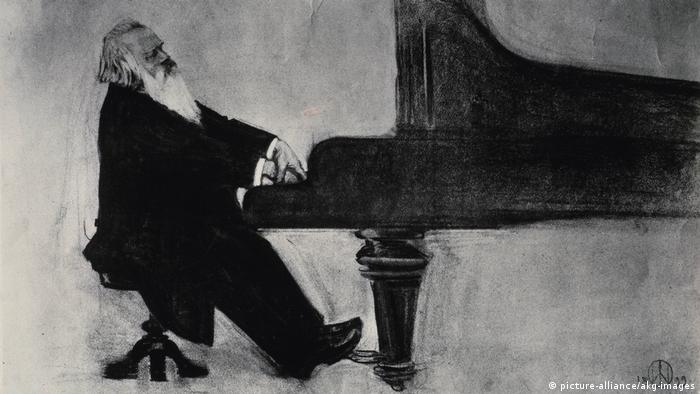 Johannes Brahms at the piano

Recorded by Radio Deutschlandfunk Kultur, Berlin, in the Church of Jesus Christ, Berlin on June 21 and 23, 2020 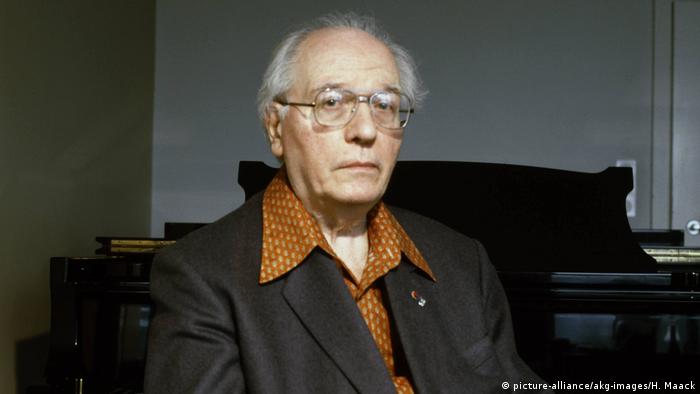 Imagine a bitter cold day in mid-winter in a prisoner of war camp in Germany during World War II. A clarinet, a violin, a cello and a piano, with ragged inmates playing a world premiere. The composer himself was a POW, the Frenchman Olivier Messiaen. The work: Quatuor pour la fin du temps (Quartet for the End of Time). Although it's attached to a particular moment in history, it truly is timeless, as the title suggests.

Cellist Tanja Tetzlaff says, "You can't ignore the fact that the piece was created by a prisoner of war. But it's imbued with tremendous hope. And to play it at this particular time when the world is really under threat! Who knows what kind of times we and our children will encounter? And when I play this piece by Messiaen, it takes my fear away."

Recorded by Radio Deutschlandfunk Kultur, Berlin, in the Church of Jesus Christ, Berlin on June 23, 2020

A work for this moment: "A German Requiem" by Brahms

With the coronavirus pandemic raging and no public performances in the forseeable future, the Deutsche Kammerphilharmonie Bremen is streaming its acclaimed performance of Brahms' Requiem – free. (09.04.2020)

From Joplin to Marsalis: Black composers matter as well

Classical music is a largely European, even Eurocentric art form. Yet there are largely neglected composers with African roots worth getting familiar with.

Performance activities are picking up in Germany. Our reporter went to find out how it feels to sit in a philharmonic hall with standards slightly loosened.

New documentary explores one of the world's oldest dictatorships

"The writer from a country without bookshops" is a portrait of exiled poet Juan Tomas Avila Laurel, highlighting the long, brutal rule over his homeland, Equatorial Guinea.

Mutter is not only one of the world's most celebrated violinists but also an advocate for human rights — and now the politics surrounding the coronavirus.

Currently exhibiting in Berlin, the Nigerian artist has been labeled the top art 'star of tomorrow' by Kunstkompass. In her art, Otobong Nkanga examines human exploitation of land.

If you want to take pictures with your smartphone and quickly share beautiful results, you need effective image editing tools. DW Digital tests the most popular apps. This week: “Darkroom".