Washington has called off two high-level State Department trips in a sudden diplomatic U-turn as the presidency of President Donald Trump comes to an end. 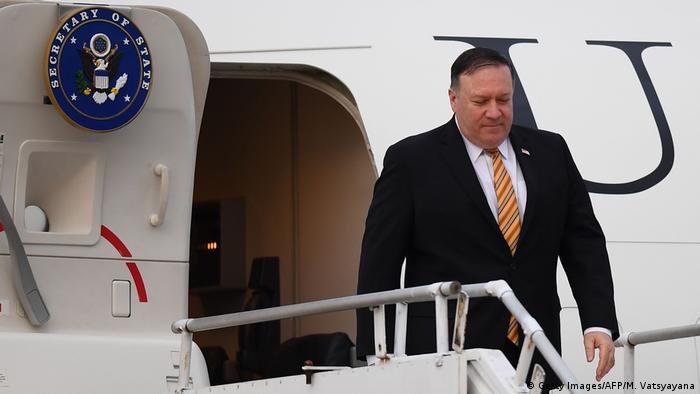 The United States canceled two visits by senior envoys to allies in Europe and Taiwan on Wednesday, underlining a turbulent transition of power from President Donald Trump to President-elect Joe Biden.

Secretary of State Mike Pompeo had been set to make a final official visit to Europe while Washington's envoy to the United Nations, Kelly Craft, was on her way to Taiwan.

The diplomatic volte-face allows both Europe and Taiwan to avoid hosting potentially awkward trips by the outgoing administration.

Pompeo's two-day stay in Europe would have been his last foreign trip as secretary of state. However, the State Department announced he was staying in the US to ensure a "smooth and orderly" transition for the incoming Joe Biden administration.

Pompeo had been due to have a private dinner with NATO Secretary-General Jens Stoltenberg and to meet Belgian Foreign Minister Sophie Wilmes, according to a State Department announcement on Monday. The purpose of Pompeo's visit to Brussels so near to the end of Trump's term had not been immediately clear.

US broadcaster CNN reported that the cancellation was linked to criticism from European government officials over Trump's role in stoking violence at the US Capitol last week.

In comments to RTL radio, Luxembourg Foreign Minister Jean Asselborn called Trump a "criminal" and a "political pyromaniac who must be brought before a court."

House moves to force Trump out

Pompeo has stayed staunchly loyal to Trump, despite resignations from a string of his cabinet colleagues.

Taking a tough line on China

Craft's visit to Taiwan had appeared to be part of an effort by Trump's administration to commit the US to a tough approach to China ahead of Biden taking office on January 20.

The government of Taiwan expressed "understanding and respect" for the decision, but also regret. Craft is set to depart her post when Biden enters office.

China, which claims the self-governed island of Taiwan as its own territory, had said it was firmly opposed to the visit. A Chinese representative at the United Nations in New York urged Washington to stop "creating obstacles" between China and the United States.

"It's time that the crazy, irrational behaviors of certain people come to a stop," the representative said.

Pompeo on Saturday infuriated Beijing when he said he was lifting restrictions on contacts between US officials and their Taiwanese opposite numbers.

The cancellations come at the end of four years of Trump's unconventional foreign policy that have tested the traditional alliances of the US in both Europe and Asia.

US carries out last federal execution before Trump leaves 2h ago

Honduras: First migrant caravans of 2021 depart for US 5h ago